It was very warm and smoky, but I enjoyed camping for a week in Banff National Park. At Lake Louise I hiked up to the Plain of Six Glaciers viewpoint, which is past the tea house and a great place to eat your lunch. In my photo below you can see Mount Lefroy on the left and Mount Victoria on the right. In the middle is Abbot Pass which was named after Philip Stanley Abbot who was an experienced climber who died in 1896 trying to be the first climber to ascend Mount Lefroy. He was the first climbing fatality in North America. It’s hard to see in the photo, but at the top of Abbot Pass is the Abbot Pass hut which was built in 1922 by Swiss guides working for the Canadian Pacific Railway as a base for mountaineers. The route up the pass is known as the Deathtrap because of its exposure to avalanches and crevasses. 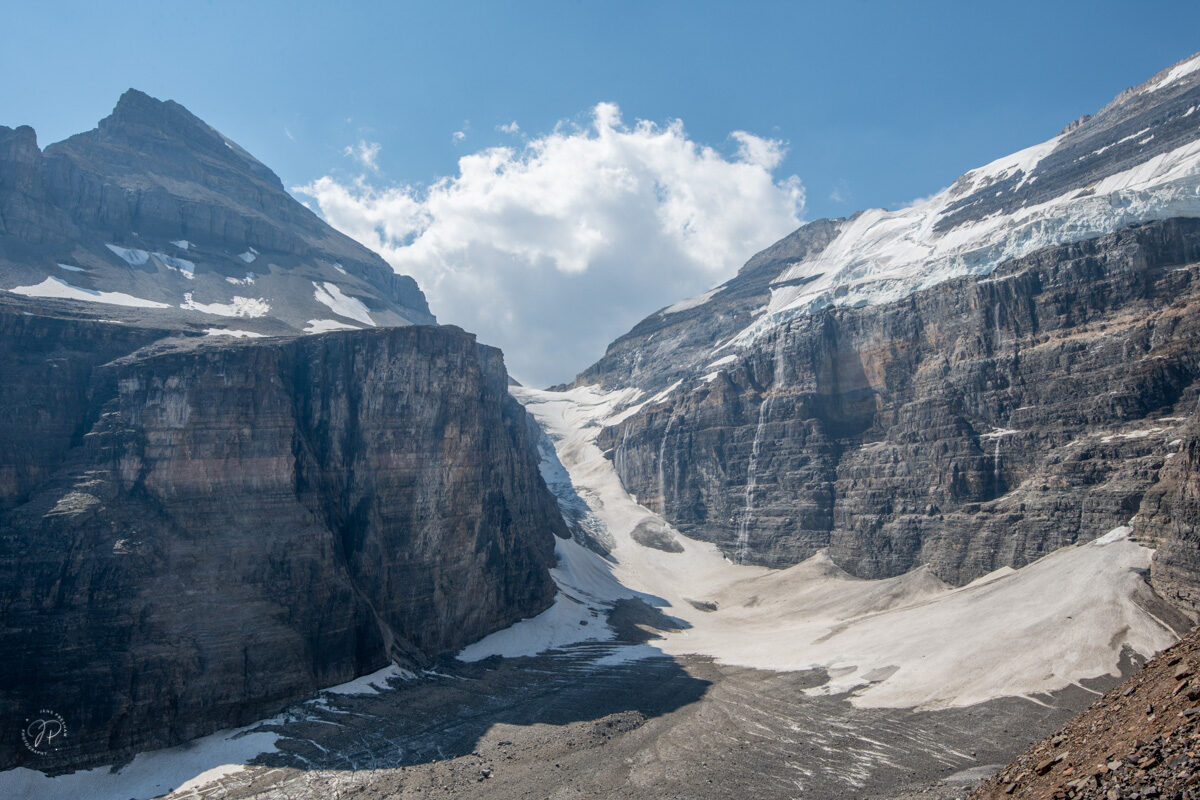 Lawren S. Harris was a painter and a member of the Group of Seven. He did abstract work of Lake Superior, the Rocky Mountains, and the Arctic. One of my favourite paintings is one he did of Mount Lefroy in 1930 which is part of the McMichael Canadian Art Collection.

” When I first saw the mountains, travelled through them, I was most discouraged. Nowhere did they measure up to the advertising folders, or to the conception these had formed in my mind’s eye. But, after I became better acquainted with the mountains, camped and tramped and lived among them, I found a power and majesty and a wealth of experience at nature’s summit which no travel-folder ever expressed.” Lawren S. Harris 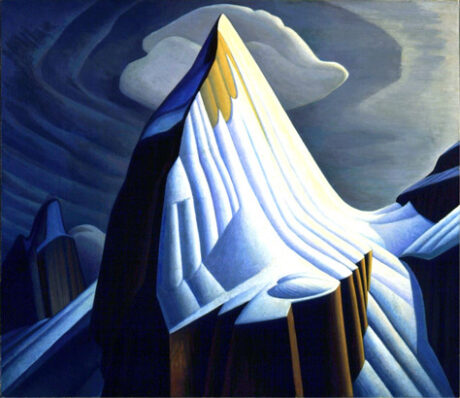 This entry was posted in Hiking, Historical, Inspiring, Mountains, Summer. Bookmark the permalink.