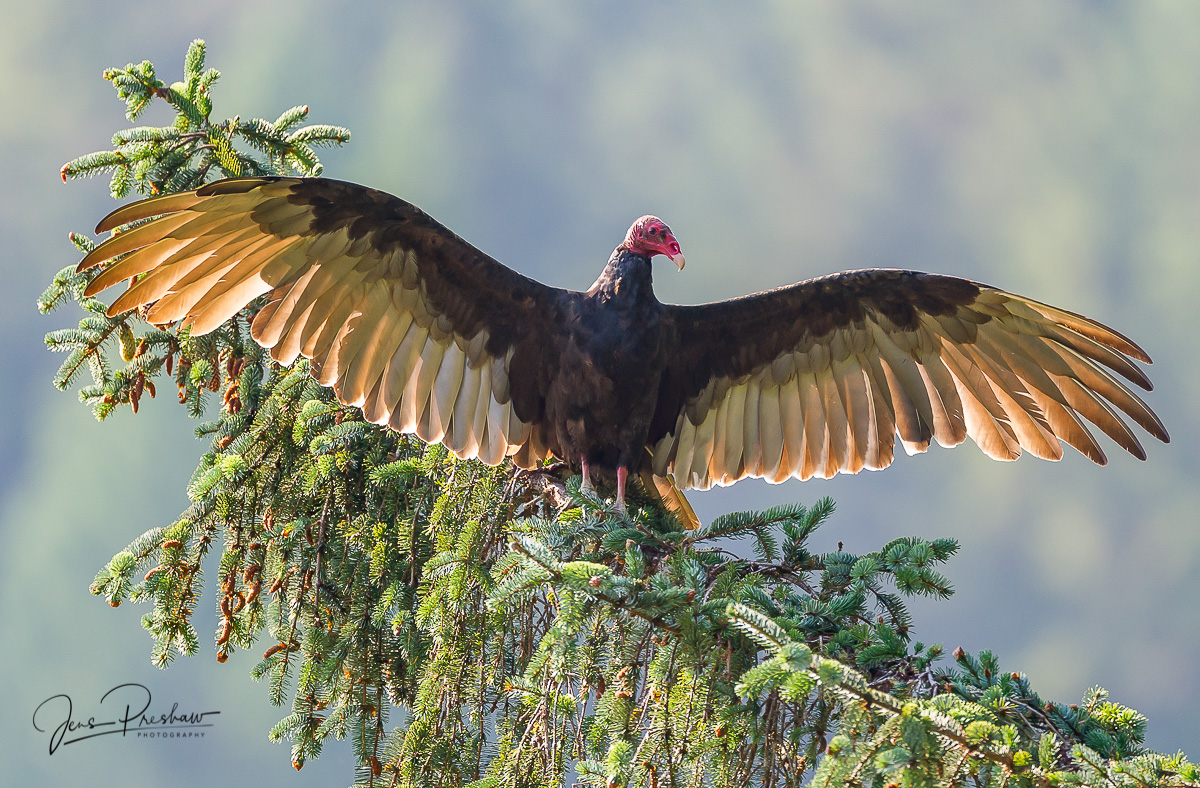 The Turkey Vulture ( Cathartes aura ) is a carrion feeder who finds its food by smell. Like other carrion birds, Turkey Vultures are protected from disease associated with decaying animals by a very sophisticated immune system. The Turkey Vulture is often seen standing in a spread-wing stance which is called the 'Horaltic Pose'. It is believed to serve multiple functions: drying the wings, warming the body, and baking off bacteria. If enemies approach to closely, its primary form of defense is vomiting. Their vomit is foul smelling and the high amount of acid is strong enough to burn as well. This bird was photographed at or near the edge of its summer range.