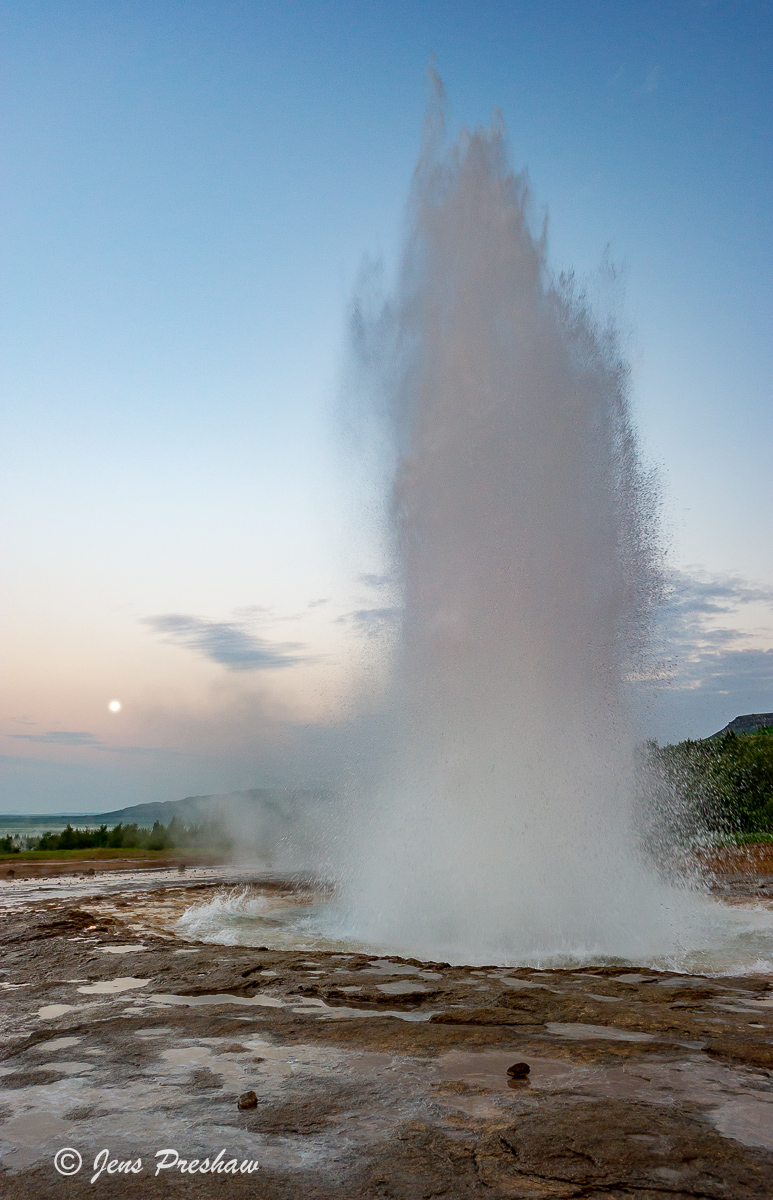 Geysir is the original water spout for which all other geysers around the world are named. The great Geysir once shot water up to 80 m into the air. Sadly, in the 1950's tourists threw rocks into the spring in an attempt to set it off and it became clogged. Today, it erupts very infrequently. Right next to it is the geyser Strokkur which erupts every 10 minutes or so and shoots water 15 m to 30 m into the air. During the day there were busloads of tourists, but early in the morning I had the place all to myself.