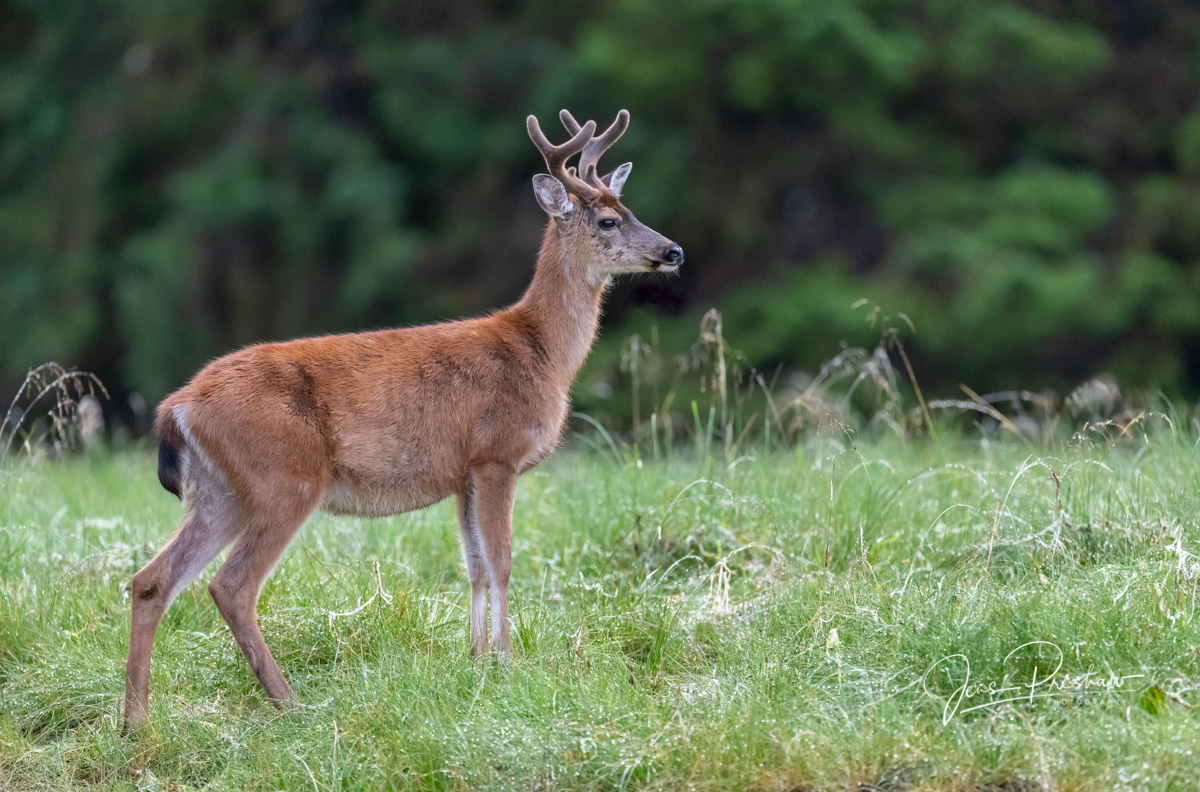 Between 1878 and 1925, European settlers introduced 39 Sitka black-tailed deer ( Odocoileus hemionus sitkensis ) to Haida Gwaii for hunting and amusement. Due to mild winters and a lack of predators like wolves and cougars the deer have flourished. Some of the islands that have deer have been described as moss deserts. The deer eat all the shrubs and there is no understory. Parks Canada and the Haida Nation started a project called Llgaay gwii sdiihlda ( restoring balance ) which is a large scale hunt on six different islands using contract sharpshooters from New Zealand.