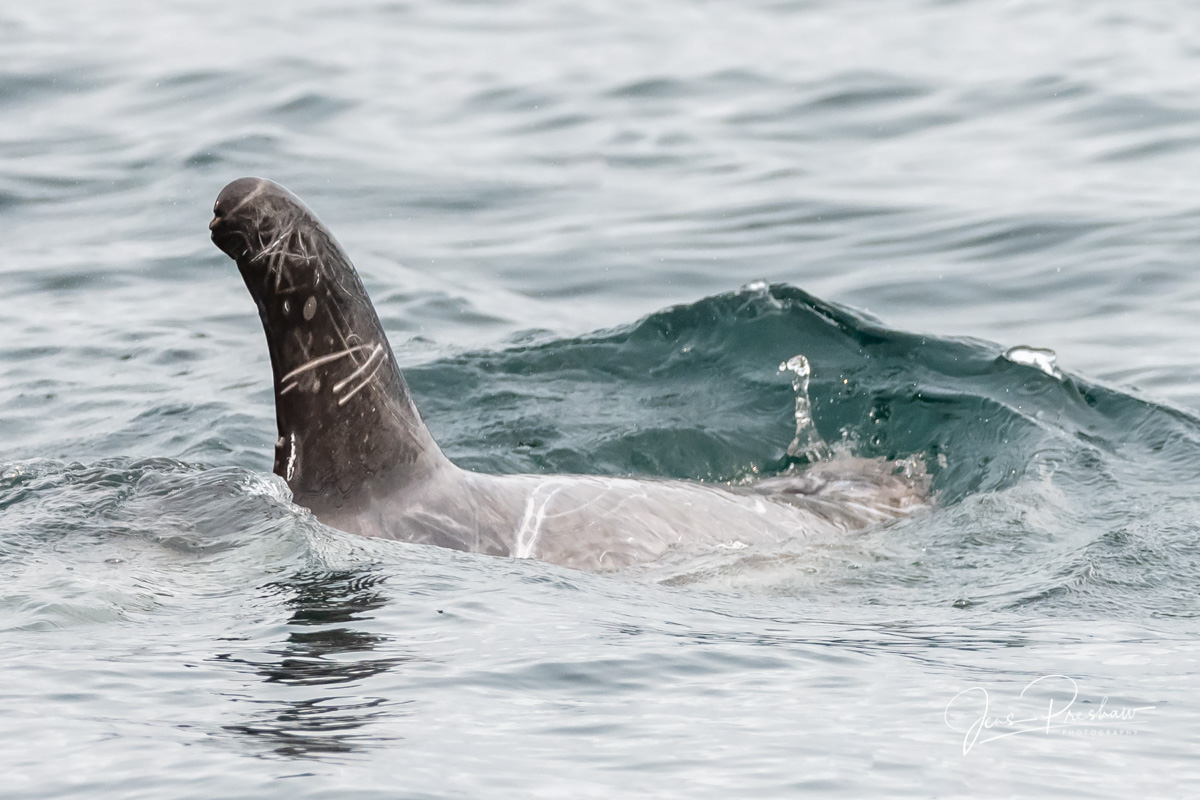 This was the first time I had ever seen a Risso's Dolphin ( Grampus griseus ). They usually live in the deeper water of the Continental Shelf. As the dolphins age, their body colour lightens, except for the dorsal fin and flippers. Like the one in the photo, they accumulate many white scars on the back and flanks, presumably from the teeth of other Risso's Dolphins and possibly the beaks and suckers of their squid prey. Unlike some other dolphins, they seldom ride the bow or wake of vessels.