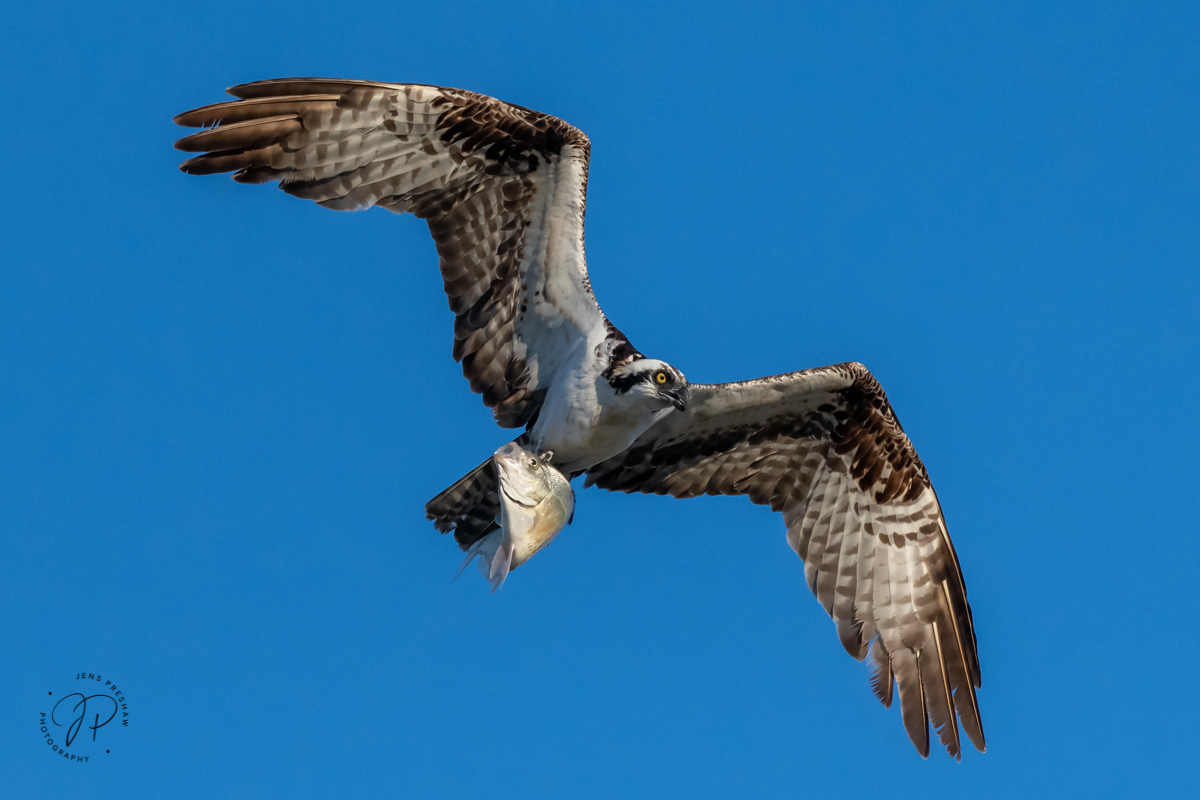 The Osprey ( Pandion haliaetus ) is a unique species that feeds on fish it captures by hovering and then plunging feet-first into water. Ospreys fly with a marked kink in their wings, making an M-shape when seen from below, like in the photo. When flying with prey, an Osprey lines up its catch head first for less wind resistance. Ospreys are excellent anglers. Over several studies, Ospreys caught fish on at least 1 in every 4 dives, with success rates sometimes as high as 70 percent. The average time they spend hunting before making a catch is about 12 minutes. They migrate each winter to Central America and South America.