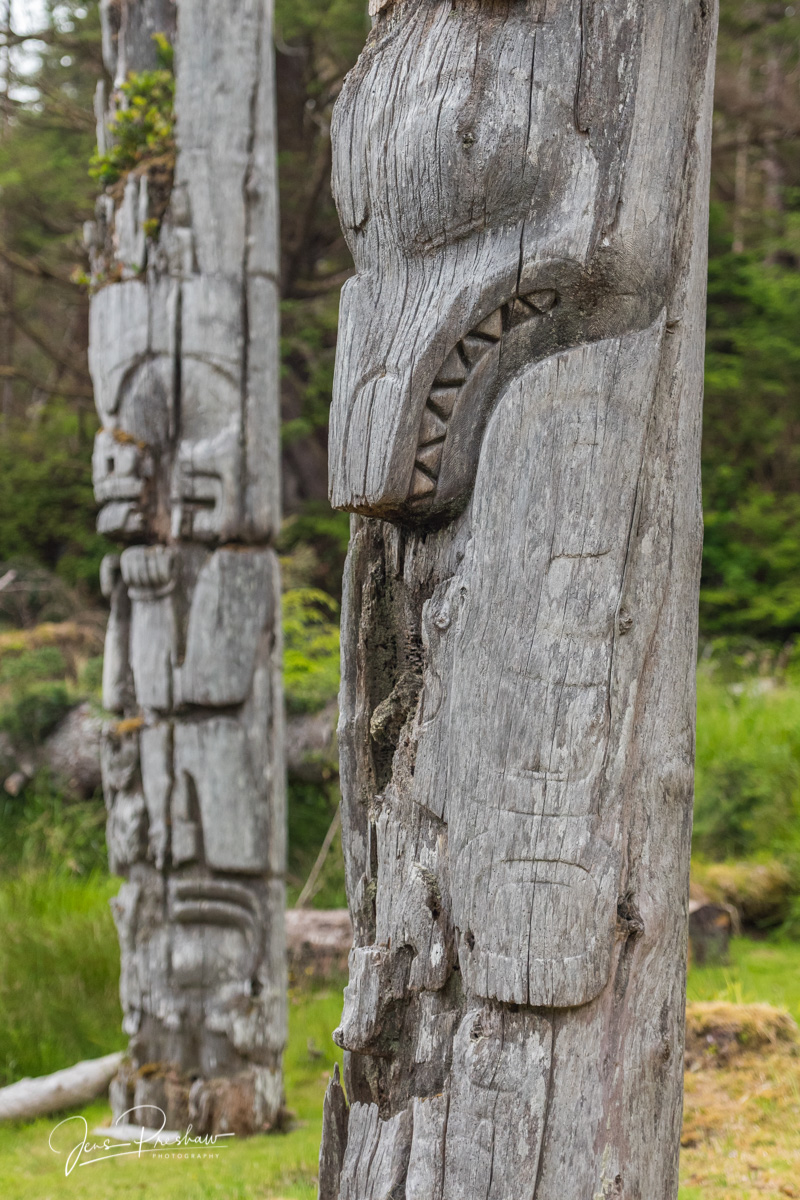 The village of SGang Gwaay is located off the west coast of Haida Gwaii. There is the remains of large cedar longhouses and carved mortuary or memorial poles. SGang Gwaay shows the relationship the Haida people have with the land and the sea. It is a UNESCO World Heritage Site. To visit SGang Gwaay you have to ask permission from the Haida Watchmen who are site guardians and guides. It was magical, spiritual and emotional to visit this cultural site.