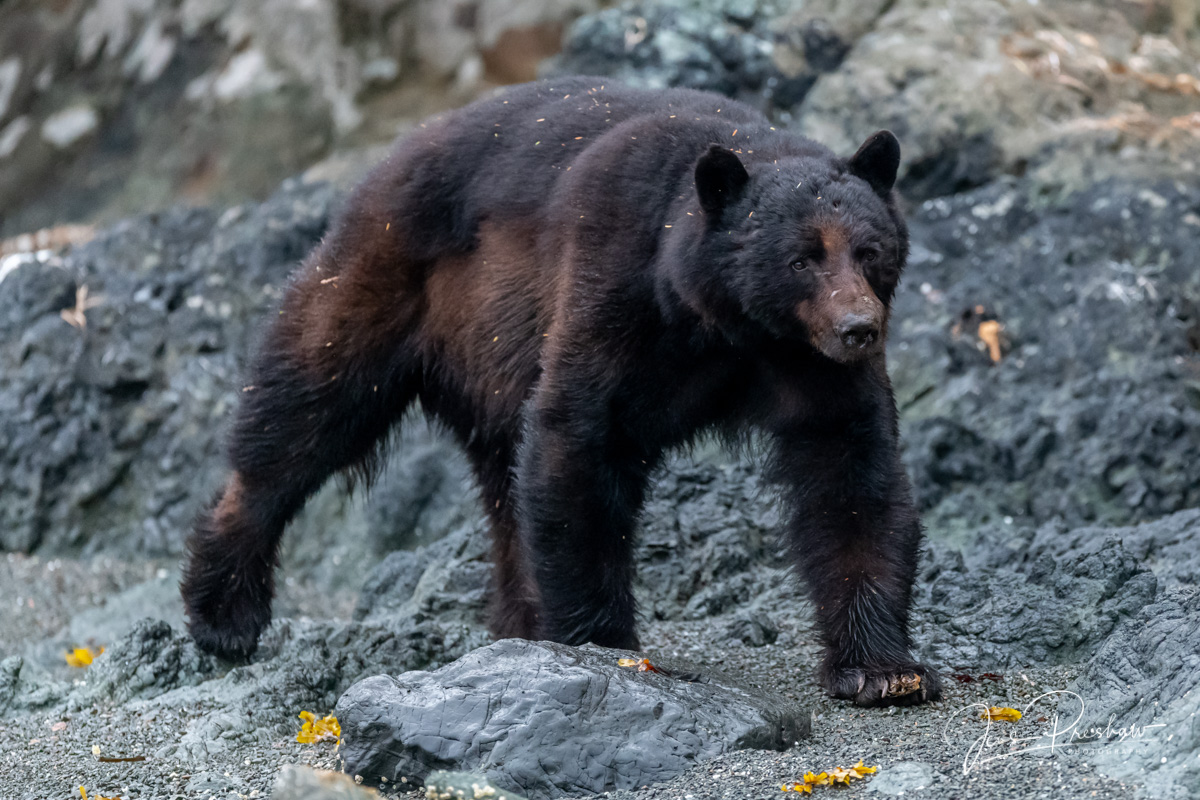 A Black Bear ( Ursus americanus carlottae ) walks along the beach. The Haida have respected this animal, calling bears Taan, or 'Brother of Man'. This bear was covered in pine needles and had scars on its snout, perhaps from fighting with other black bears. The Haida Gwaii black bears are larger than other black bears in North America. They are considered a 'keystone species' because they transport salmon remains into the surrounding forests of Haida Gwaii.