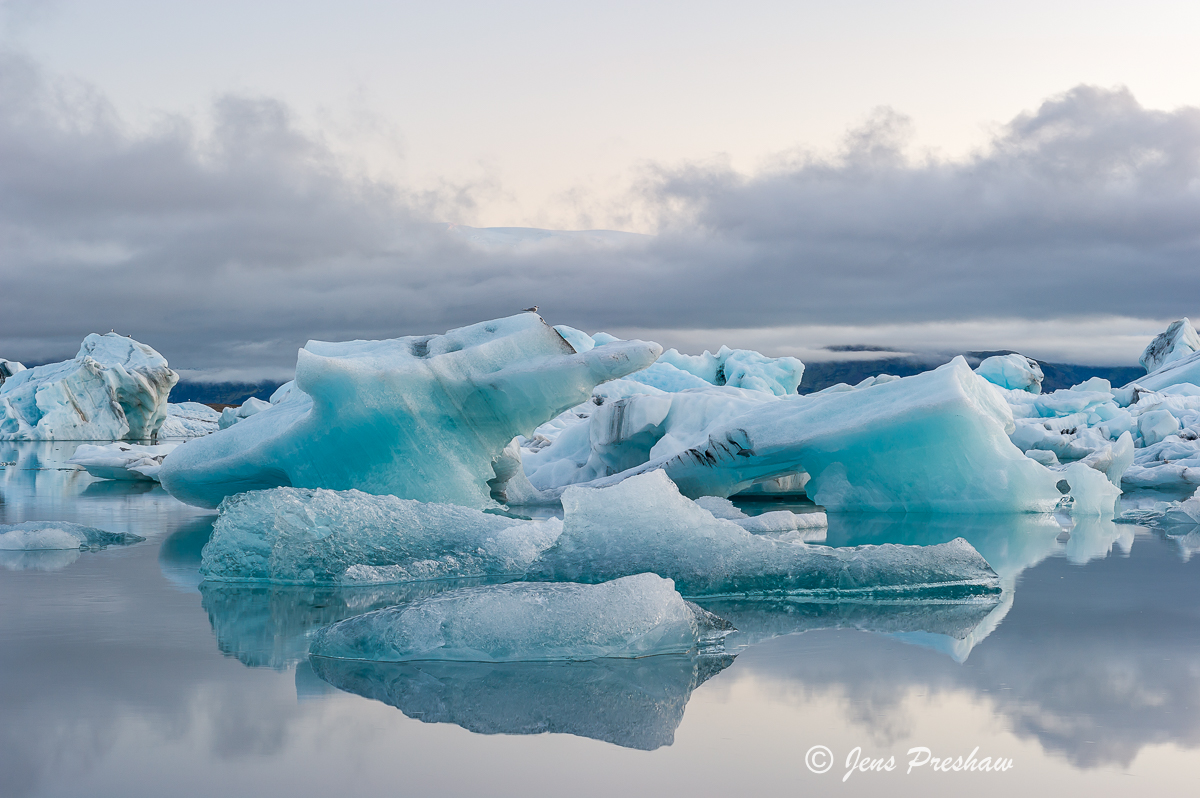 I love this photo of an Arctic Tern sitting on top of an iceberg and surveying its kingdom. The Arctic tern migrates from Antarctica to Iceland each summer, which is a round trip of about 70,000 kilometres. When flying they beat their wings effortlessly, gliding and sometimes they dip down to catch prey near the surface of the ocean. They are fiercely defensive of their nesting grounds and will dive bomb you. When I was walking with my camera and tripod I would often see them returning to their young with a sand eel in their beak that they had just caught in the ocean.